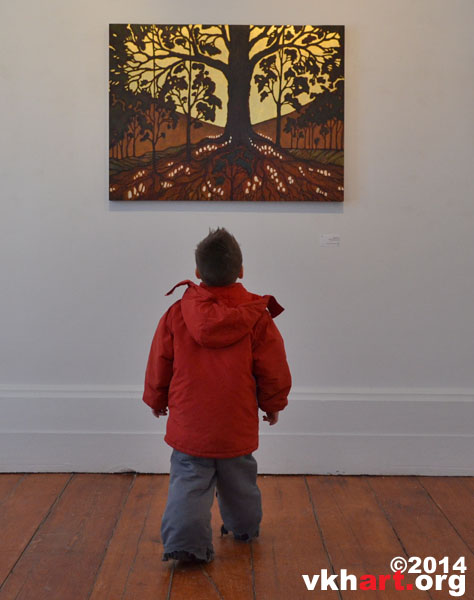 Erica Taylor‘s solo show at the Arbor Gallery kicked off on Saturday, March 15, with a very successful vernissage… ‘Plants & Animals‘ will run until April 20. We also sat down with Erica for an ‘on camera’ interview, which we’ll be posting soon. 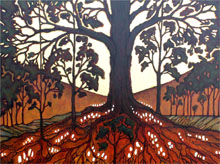 Taylor, a sign painter and graphic designer, has been a professional artist since 2008, and has been included in juried exhibitions in Stormont-Dundas-Glengarry, Prescott-Russell, Ottawa, and the U.S. She was a recipient of an Emerging Artist Grant from the Ontario Arts Council, and has work in private collections in Ontario, Quebec and Australia. 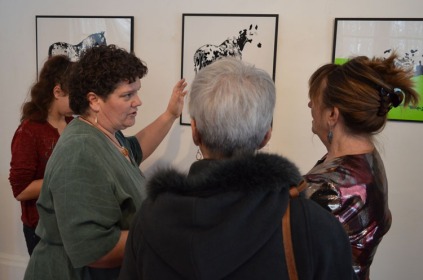 I’ve lived in more than fifty places. I've been paid to pick stones out of fields, take backstage photos of Britney Spears, and report on Internet privacy issues. My photos have been published in several newspapers, and a couple of magazines.
View all posts by Gabriel →
This entry was posted in Arbor Gallery, Photography, Vankleek Hill and tagged 'Plants & Animals', Emerging Artist Grant, Erica Taylor, Ontario Arts Council. Bookmark the permalink.