Even Batman Couldn’t Save The Falling Girl In Silver City

There’s a pivotal moment in the latest Batman movie, in fact it’s really the penultimate climax, where two boatloads of confused and panicked people have the option of either destroying the other group or being destroyed themselves.

One boat is made up of regular people, the other loaded down with men convicted of heinous crimes. Somehow, over a fifteen minute period, these two separate and unequal groups of people manage to come to the same altruistic decision to not guarantee their own safety.

However, considering what happened in the theatre lobby twenty minutes before the movie started I don’t think I’d be too cynical in saying this situation is, at best, unlikely… but really a whole lot of bullshit.

A tall, young girl stumbled through our concession line and seemed to trip over a wet-floor sign. She fell awkwardly, almost bouncing off the counter, and through another line until she slumped on the floor. She slowly pulled herself up using the counter for balance, then staggered a few steps and fell again.

There were at least sixty people in the two lines, and a full compliment of theatre staff serving us. But no one moved to help her. In fact most people in the second line were doing their best not to look at her while they shared knowing smiles with their family and friends.

The third time she fell, and lay sprawled on the floor, I moved quickly towards her. The only other person who seemed concerned was a shorter but equally young girl who I later found out was a friend of the Falling Girl.

Once I saw her initially stumble nothing that followed surprised me. When I moved towards her my first thought was “somebody has to be calling 911” followed quickly by “no one’s going to call 911”. When I reached her and made sure she wasn’t in convulsions, I turned and took a look at the people in line and behind the counter. No one had moved.

There was a girl nearly passed out on the floor twelve feet away, and a 230lb large dude had just moved through them to get to her, and people were ordering and receiving and making popcorn and staring at the overhead menu trying to decide whether it was a Goodies day or an M&M’s day.

But again, none of that surprised me. Whereas a few years ago I would have stood up and made a speech, this time I actually just didn’t care about their reactions because, again, in that split second I knew If I reacted I’d be the only one. I was actually shocked that another person, thankfully with some St. John’s Ambulance training, showed up to take the girls pulse.

And the reason I wasn’t surprised is the same reason the penultimate climax of The Dark Knight was the most unrealistic part of the movie… including the very cool truck flipping end over end thing.

Those people, in line and the employees, were so caught up in their own lives that they decided it would be too much of an inconvenience to take a moment to find out if the young girl could survive until they were done choosing their soft drink.

I know about the “Laws of Crowds” or “the Wisdom of Crowds” and how people in a crowd or group will allow things to happen to people without moving or even reacting. Which, I think, was the movie’s point. About how even in a moment where your life is torn down to a base level and you’re asked to either kill or be killed there’s a chance we might decide to just see what will happen.

And I do think there is a chance that may happen. But as an individual, not as part of a Collective. If that girl had fallen in a place where there were only a few people or an individual were around the chances are far greater more people would have helped… someone would have pulled out a cellphone.

But as a group, people in that crowd at The Silver City Theatre in Gloucester, Ottawa, actually bumped into me as I was kneeling on the ground asking a young girl if she had eaten that day.

Blowing up the boatload of convicts, in order to save their own life, would have been easy for the Silver City clientèle.

…it was pretty obvious the young girl had an eating disorder. I’m pretty sure she was new to it, she still had round cheeks and soft arms. So we sat her down with her friend and they promised to get her something substantial to eat.

So… other than that Mrs. Lincoln, how was the show? The Dark Knight was fantastic… 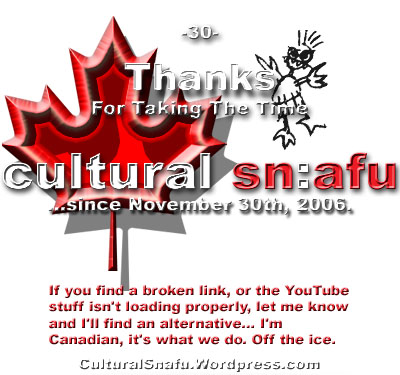 I’ve lived in more than fifty places. I've been paid to pick stones out of fields, take backstage photos of Britney Spears, and report on Internet privacy issues. My photos have been published in several newspapers, and a couple of magazines.
View all posts by Gabriel →
This entry was posted in Canada, Entertainment, Movies and tagged Batman, The Wisdom Of Crowds. Bookmark the permalink.