August is time for the Vankleek Hill Fairomantics 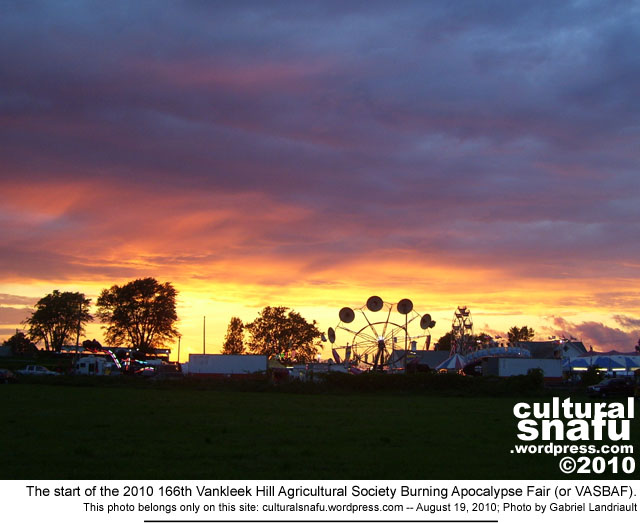 The Fair is in town. It’s ‘the’ social event of of the year for Vankleek Hill’s ‘tween crowd. From sunset until their 11pm curfew it’s their one chance to be all together in one spot after dark. Pretty much every local kid between the ages of 12 and 16 will make their way to the Fair. From the intersection where I live in downtown Vankleek Hill, to the Fair Grounds is roughly a mile. Which is just long enough for them to meet, fall in love, fall out of love and into outright disdain, then meet someone else inside the gate, fall in love, enjoy a ride or two, see a show… then there’s the walk back, with whole new couplings. It’s The OC in The VKH.

Technical Stuff: I was taking photos of the Fair parade as it made its way through town when I realized I had set my Kodak C553 pocket digital camera between settings… it really only has two, one for the close stuff, and one for everything else. So every shot I took came out blurred… but weirdly, like there was stop-motion involved. After nearly throwing my camera away, I realized the post-storm sunset was going to be wicked, so I raced down to the field next to the fairgrounds… taa daa. I took the exposure settings off the clouds.

The Demolition Derby is on Saturday night, which which means about 4,000 people will invade Vankleek Hill (pop: 1900) to watch plastic cars ram each other into oblivion. It was a lot cooler back when there were still steel cars involved. It just isn’t the same without the clang. When you ram plastic cars together at 20mph the sound is more like a… well, kind of like two Tupperware dishes being thrown against each other. It’s still worth seeing though… it’s still sixty little cars ramming into each other over and over again. 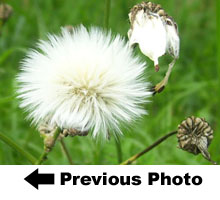 3 Responses to August is time for the Vankleek Hill Fairomantics