The first in what we hope will be an awesome series of ‘How To Do Art’ essays… plus, expletives. 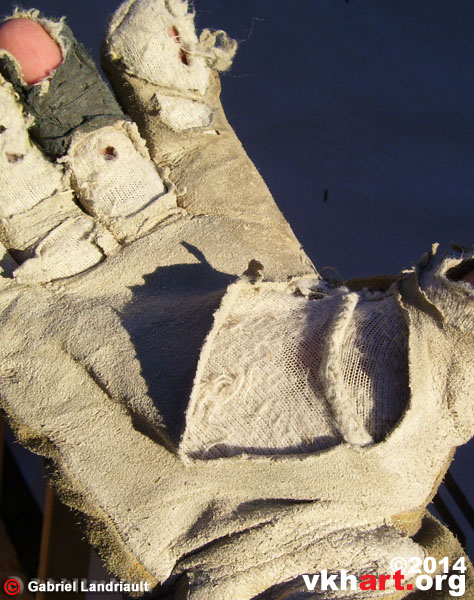 This is the first in what we hope will be a series of “How To” essays. This week: How To Be A Writer. It’s entirely possible the next one will be ‘How Not To Write A How To Essay’. We’ll see how it goes…

If you have your own tips or lessons on ‘How To Write’, or links you think we should know about, feel free to leave them in the comments section, we’re all about sharing here.

So… my name’s Gabriel and, despite working as a reporter for so many years, it took a long time until I accepted what I do to be art, or that it could be considered art. I still have a hard time saying it out loud… weird but true.

Weird because it’s so obvious being a writer is who I am, and who I have been, not just what I do. For example, my little brother’s leather high school jacket had four different sports on his sleeves — track, volleyball, basketball… I think beer was the fourth.

My sleeve, however, had “Poetry”. It should have been ‘Writer’, which, to be honest, was the only thing I was really good at — it also would have encouraged me (an anxiety ridden, self-conscious teen) to wear the jacket more often. Either way, writing was the only reason I survived high school… but that’s a whole other issue I’m still discussing with several therapists.

“…writing isn’t about simply leaving material for someone to read. It’s about forcing your ideas into their brain and overwhelming their imagination until they see exactly what you want them to see.”

I wrote that… it’s a little further down in the essay, actually.

Over the years I have been around enough writers and people who considered themselves artists — some were successful and others magnificently horrible — to see the strengths a writer must have to achieve some measure of success. Looking back over twenty-five years of writing as a profession / hobby / art, the major successes I’ve had came from anger, bitterness, cynicism and sometimes spite. At least that’s what got me the Humour Columnist Award from the Ontario Community Newspaper Association.

Writing an essay about this topic is also weird for me, because trying to describe why or how to do art I almost always eventually sound like Steve Urkel rather than John McClane. At least in my own head. The closest I’ve ever come to reading anything on the topic of ‘how to write’ was when I was given a copy of “On Writing, A Memoir Of The Craft” by Stephen King (2000). In the foreword he wrote:

“This is a short book because most books about writing are filled with bullshit. Fiction writers, present company included, don’t understand very much about what they do — not why it works when it’s good, not why it doesn’t when it’s bad. I figured the shorter the book, the less the bullshit.”

Which made a lot of sense, so I put the book down and continued with my day. But I have learned there are actually very few things a writer absolutely must have, other than a grasp on the nuances of their language. So, all disclaimers aside…

1) Take it really seriously. I’d say “treat it like work” but most people treat work like they were sitting in an Internet Cafe.

2) Don’t set out to be a poet. People who want to be a specific type of writer are like Chris Columbus — he set out for India, hit Haiti and died depressed and alone. Go where your writing takes you, it’s a virtual certainty you’ll suck huge wood as a poet.

3) Learn how to write. Buying a hammer and some screws at Home Depot does not make you qualified to be a carpenter. It makes you a complete moron because to make those tools work you’ll need nails and a screwdriver. Buying some paper and a pen does not make you a writer. Writing is a skill, tattoo that on your fist.

4) When it comes to critiquing your writing, asking your mother, cousins, girlfriends, boyfriends, teachers are all complete wastes of time. Exactly what training do they have to be your critic? If they knew what they were talking about they’d be Stephen King. Is their last name King? Didn’t think so. Judge and compare your work to other people’s stuff, not to other people’s opinions.

5) Find someplace comfortable to work. If you’re comfortable writing in a Coffee Shoppe while listening to a little Bob Dylan on your iPod and sipping a Cappawhatthefukka you’re not a Writer. You’re a pop-culture victim or a performance artist. You need to find someplace you can sit for four to six hours and not be disturbed because, surprise, that’s how long it takes to write something. Real Writers write everyday for long periods of time, and to do this you can’t be worrying about seating time limits or having “Hi, My Name Is…” coming over every fifteen minutes asking if you want a refill.

But none of that is really enough. Just knowing the language isn’t enough. You have to know the styles in which that language can be written in… you have to see written material as a puzzle in which you’re searching for word combinations.

If you can find two words that mean more together than the ten words you were planning on writing, then you’ve won. Listen to the lyrics in songs. Have a thesaurus in your head, so that when you here a phrase or word combination worth noting, you can run each word through your brain searching for a better word, a more important word, a word which will make the reader see exactly what you want them to see because writing — Writing — isn’t about simply leaving material for someone to read.

It’s about forcing your ideas into their brain and overwhelming their imagination until they see exactly what you want them to see. Most people who read what you have written will interpret your work through their own experiences, and that’s not good enough because most people don’t have an imagination. If they did they’d be a writer. So when you want to make a point you’ve got to carve their brain out and replace it with yours. The only time you comfort a reader and tell them everything’s going to be okay is either after you’ve beaten them with a pipe for 300 pages, or as you’re about to beat them with a pipe for 300 pages.

You want to be Elmore Leonard? Of course you do, everybody wanted to be Elmore Leonard. Well, Elmore Leonard read books, magazines, newspapers… he read other writers. He read the best books, the real books — 1984, Fear And Loathing In Las Vegas, Catcher In The Rye, Hitchhiker’s Guide To The Galaxy, I Claudius, The Little Prince, Watership Down, Mordechai Richler, George Bowering, James Herriot. Fuck, go to the local magazine shop and start buying comics — read a Marvel or DC comic for a full year, one character for twelve issues. Find out why people read them.

Writing is something you learn, it’s a trade. And that means reading and understanding how other writers have used words to make you feel what you’re feeling. You cannot understand yourself until you understand the world around you, and you can’t do that if the only thing you’ve read are the abbreviated articles in Reader’s Digest… but make damn sure The Digest is something you read regularly.

There are a million different styles of writing, and a million different places you can write. If all you do, day in and out, is write a political essay or knitting column, you’ll be bored and you’ll be boring… and, quite frankly, you won’t be much of a writer. Everything you learn from one style can be applied to the other styles. You can take the eroticism you learn from pornography, change the language but keep the feeling and intensity, and create a poem or a column no one has read before. 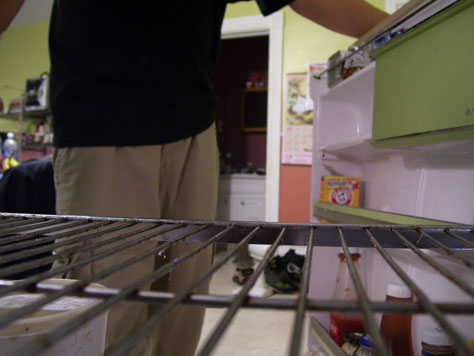 Now… if this were a seminar you’d all owe me $300 bucks now. But I’m pretty jacked up on the Diet Mountain Dew, so I’ll let it go. Next time you read this, however, it’s full price.

I’ve lived in more than fifty places. I've been paid to pick stones out of fields, take backstage photos of Britney Spears, and report on Internet privacy issues. My photos have been published in several newspapers, and a couple of magazines.
View all posts by Gabriel →
This entry was posted in Arbor Gallery, Art, Humor, Humour, Vankleek Hill, Writing and tagged Gabriel Landriault, How To Do Art Series. Bookmark the permalink.

1 Response to The first in what we hope will be an awesome series of ‘How To Do Art’ essays… plus, expletives.