I need to shoot more people 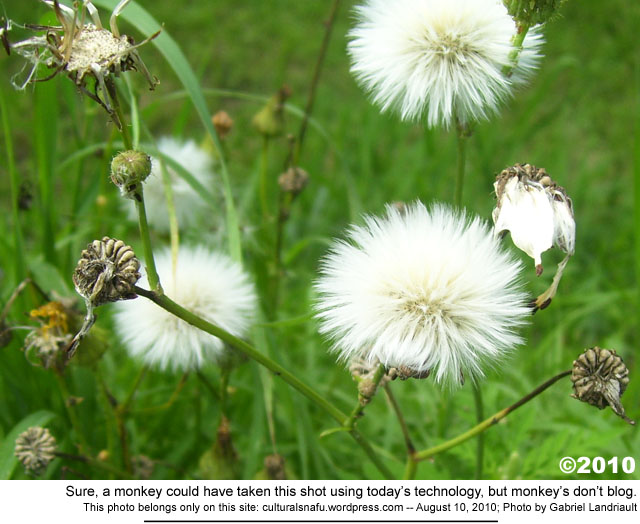 In the eighteen months we’ve been dating my girlfriend has never once been mean or cruel. A few nights ago I was showing her some of my recent photos and she said “I really love the photos you take of flowers”. I must have looked like I was getting ready to cry because then she said “oh, I like your other photos, but I like your flower shots best.” I guess there’s always a first time.

Technical Stuff: I stole a camera from a monkey and it had a bunch of flower shots on the memory card… actually, I took twenty-one shots of this one flower — which I assume is part of the dandelion family. This all happened on the side of a busy highway. Considering how I feel about cars and flowers, if it were ever planned that I should die a spectacularly ironic death, this would have been it. I feel safer now.

The best photos I took during the ten years I was in Ottawa were mostly of protests and news related. The ones I took during the years I was in Toronto were all punk concerts and drunken lunatics. My girlfriend was right, of course… the ‘best’ photos I’ve taken since moving back to Vankleek Hill have been shot in people’s gardens. Actually, I did take some awesome photos of an incredible sunset last night… son of a bitch, I really need to start shooting people again. 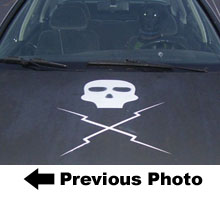 I’ve lived in more than fifty places. I've been paid to pick stones out of fields, take backstage photos of Britney Spears, and report on Internet privacy issues. My photos have been published in several newspapers, and a couple of magazines.
View all posts by Gabriel →
This entry was posted in Entertainment, Everyday Stuff, Experiments, Humor, Humour, Nature, Photography, Photos, Seasonal, Shambhala, Vankleek Hill, Vankleek Hill Photos. Bookmark the permalink.

7 Responses to I need to shoot more people